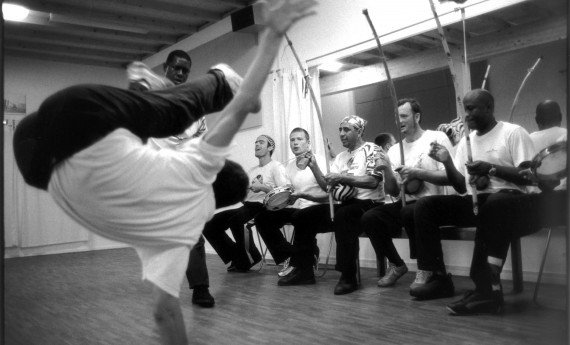 Capoeira is both a dance and a martial art, with deep roots embedded in its African heritage. Its beginnings date back to the arrival of the first Bantu slaves in Brazil. In its traditional form, Capoeira developed a technique of movements that combined ancestral rhythms and the necessity of a camouflaged physical struggle in response to Portuguese slavery. In order to protect themselves and organise their resistance, certain groups of black rebels would meet in clearings within thick forests, where a grass called capoeira grew.

Capoiera is a game of movements that retell this part of Brazilian history through physical expression and song, which is accompanied by the famous musical arc known as the berimbau.

Originally from Rio de Janeiro, Mestre Antonio Braga is a member of the famous Capoeira Angola school run by Mestre Pastinha in Salvador de Bahia. He was initiated into the school in 1970 by Mestre Moraes of Salvador.  He then continued to develop his dancing by founding the Capoeira group Angola Africa Banto.

He has already organised many training workshops and dance demonstrations, not only in Brazil but also in the United States, Denmark, Netherlands, and Germany, as well as in Geneva, where he is now based. 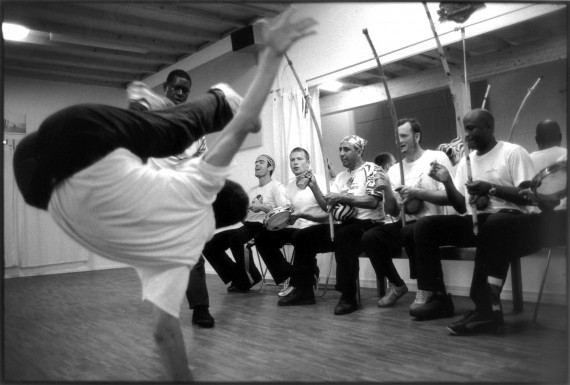 Gnawa music originated in the Maghreb from the cultural practices that Black African slaves brought with them. It is called Gnawa in Morocco, Diwan in Algeria, and Stambali in Tunisia and Libya.

The Tammorra and Tamburello - South Italy

Whether in private or group lessons, the aim is to teach students to play these drums in a group situation, in keeping with the way that they are played in Southern Italy.

The setâr is an iranian instrument. The name "setâr" means 3 strings.

With the participation of Gabriel Guzmán, Jorge Pacheco and Cali Flores

An introduction to Latin American rhythms through a didactic and hands-on repertoire, which is adapted for the voice and for instruments.